Our environment is the cradle of the Mediterranean Diet, mountains and hills with a particular climate, where legumes are born rich in precious properties donated spontaneously by an uncontaminated nature. 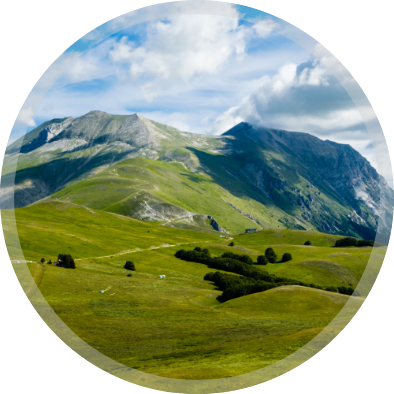 The massif of the Sibillini Mountains is located in the Umbrian-Marchegian Central Apennines. It has high snow-capped peaks, such as Mount Vettore (2,476 m), Mount Priora, Mount Bove and Mount Sibilla. It is shared by the Marches and Umbria regions and the provinces of Ascoli Piceno, Fermo, Macerata and Perugia, which form the Sibillini Mountains’s District.

In addition to the mountainous part, the territory has picturesque hills, on which lie ancient villages and cultivated fields that are made fertile by streams born from mountain springs. Just 50 km from the sea, the territory benefits from a double climate and has a particularly rich flora and fauna. The peculiarity of this region has given rise to the National Park of the Sibillini Mountains, surely one of the last remaining unspoiled paradises.

The Bloomberg Global Health Index, the index that measures the health of populations, in 2017 recognized the Marches territory as the world leader of longevity, due to the environment and lifestyle.

The American physiologist Ancel Keys has come to define the concept of “Mediterranean Diet” and the health value it produces with a scientific work that lasted 50 years and was conducted by a study group based on the Marches side of the Sibillini Mountains.

In this area, the consumption of legumes was lost in the mists of time.
Legumes have been the food base of Mediterranean populations for millennia, but with the economic boom of the 20th century they have been kind of downgraded as a side dish, both because they were considered a peasant food and because of the complexity of preparation. The vegetable protein intake has been replaced by animal protein, with a significant consumption of meat, fish, cheese and eggs.

Over the last decade, however, food science has re-evaluated the valuable nutritional content of legumes, proclaiming 2016 as an “international year of legumes”. Bringing to global attention the importance of this food has allowed us to begin a journey towards sustainability and food education. In fact, the production of plant-based proteins has a significantly lower impact than that of the animal and introducing legumes as a main dish in menu for at least 2-4 meals per week is beneficial for humans and the planet.
When the legumes are proposed in the form of pasta they become very easy to prepare and assimilate. Monte Monaco Bio is the perfect solution to integrate the true “Mediterranean Diet”, since it belongs to the area of the Sibillini Mountains and is made from 100% organic legume flour from short supply chain, with the precious addition of clear mountain water and fresh mountain air. 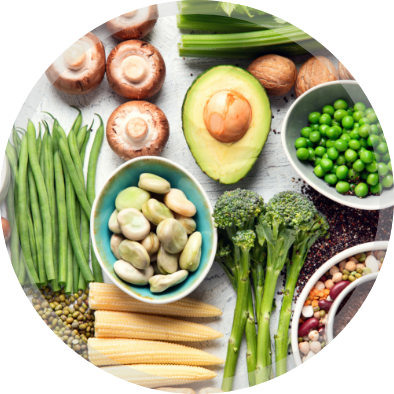 Every action we take is a choice, every choice we make aims to spread a way of conceiving the healthier and more respectful diet of the environment that hosts us.

This website uses cookies to improve your experience while you navigate through the website. Out of these, the cookies that are categorized as necessary are stored on your browser as they are essential for the working of basic functionalities of the website. We also use third-party cookies that help us analyze and understand how you use this website. These cookies will be stored in your browser only with your consent. You also have the option to opt-out of these cookies. But opting out of some of these cookies may affect your browsing experience.
SAVE & ACCEPT
0
0
Il tuo carrello
Il tuo carrello è vuotoRitorna al negozio
Continua l'acquisto